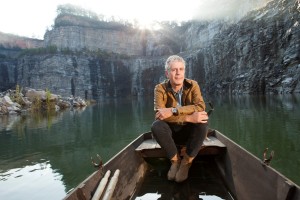 A man of the world best known for his shows No Reservations, Layover, and recently Parts Unknown. He is living the dream – traveling and eating with all expenses paid.

Hotness factor
He has a certain rockstar quality. Tall and dressed usually in a button up shirt and jeans, he strolls foreign streets with swagger.  He’ll rough it camping with the locals and will dive into any exotic dish.  Ultra confident and adventurous, no wonder men and women alike swoon for him.

As a chef he appreciates food on a deeper level than most, knowing what it takes to create a dish and hold a restaurant together.  He encourages viewers to leave their jobs and families in pursuit of incredible eats, an offer we all are keen to take watching him enjoy his meals. It’s made clear numerous times his number one love = sausage.

Avoid the Obvious
Skip the Eiffel Tower.  Boo, London Eye.  Colosseum, nah.  Since the audience doesn’t want to see the same common landmarks, he’s got to mix it up a little.  On the occasions he has less than 48 hours he prefers to go to less crowded areas and hit local pubs so he can play and drink at leisure. 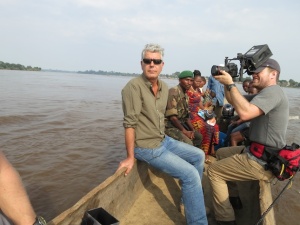 Sarcasm
Tony hails from the kitchens of New York so you have to expect a crusty edge.  I love how he mocks guide books (apparently not rock n roll enough for him).  I guess he thinks he’s the final authority when journeying around the world.

Nightmare List
What ruffles Tony’s chill?  A bar spontaneously bursting into song of course!  He was definitely not feeling London that night.  Also, mimes are just wrong in his book.

Hipster Hatin’
His disdain of tights wearing preppies in fedoras swarming in hot spots is legendary.  Just say no to wheat bread and tahini.

On California
Try as he may to fight it, he is all about the Inn N Out life, yo.  Between the beaches and opulent hotels and cruising in style, he knows he can get used to this.  And yes, our weather is absolutely glorious, thanks for noticing! 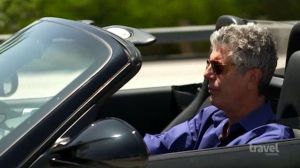 Global Bridges
A white male shows us he is unafraid to enter ethnic restaurants and rough it in remote areas.  In this way he is our key to places to see and people to connect with.  We realize there is so much out there we are missing out on if only we take the first step. 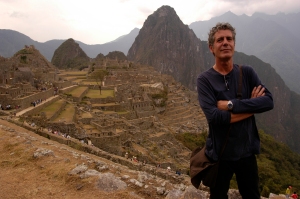 Thanks Tony, for showing folks like me how to hit the roads less traveled!